Wow.. I am still in Shanghai Old City. Guess you must be wondering how many pictures I took at this place alone? Well… a lot!!

Anyway more photos for you enjoy looking at…. 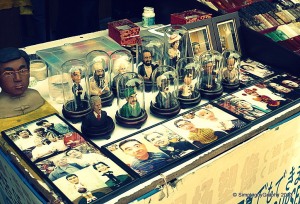 Another alley that I past and I cant help taking a snap shot. Notice there are lots of drawing on the wall. 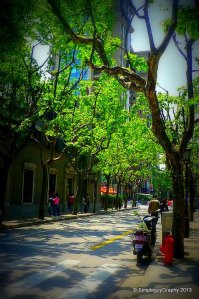 A vendor setting up a stall selling bird cages.

Am I seeing correct at the picture below? 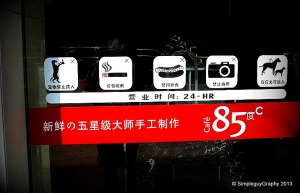 Still in Shanghai Old City. Just cant stop snapping photos as there were so many interesting sights there.

See for yourself and enjoy the photos. =)

lots of souvenirs to choose from.

Here is continuation of my trip to Shanghai. 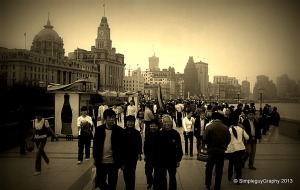 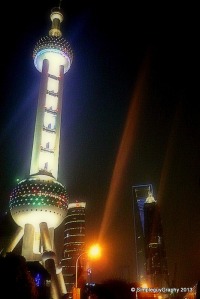 A shot in the Shanghai Metro. Very convenient to get around.

One of the alleys in Shanghai 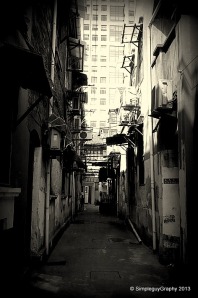 More photos on Shanghai Old City. Wow… all I can say is that you can take lots of pictures here as it big and lots of interesting things to capture (but I cant publish all as there are way too many!!) 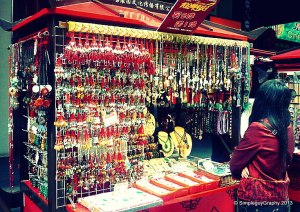 Cute stuff made of twisted metal

…dolls made from straw 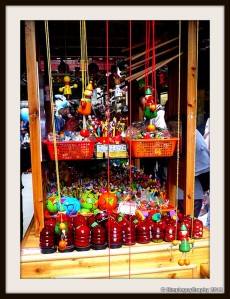 Lanterns along the alley 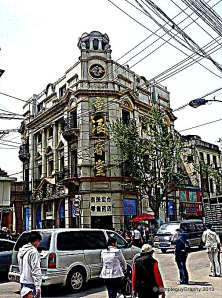 Heading to the Bund…

Nothing much can be said but just enjoy the pictures. =) 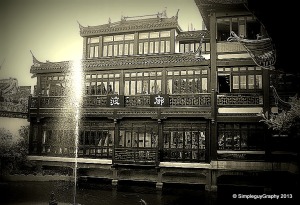 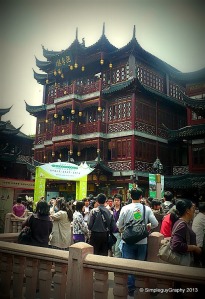 Looks at the calligraphy brushes…… all sizes from big to small.

all types of sweet candies.

the old type of peep hole cinema and it is a ‘full’house. LOL!!!

The place was crowded by noon. Packed with people back to back. 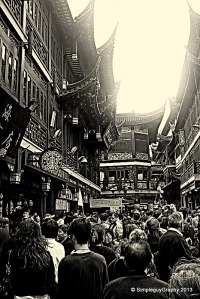 Continuation on my trip to Shanghai. I was there for a business trip and  I managed to stay over the weekend and to go around some interesting places.

Saw this vending machine in one of the Shanghai Metro station; selling which I believe food vouchers. Catching a metro in  Shanghai is easy once you get the hang of it.

Heading to Shanghai Old Street….but it looks like no old street with the high rise apartments in the background.

Vendor selling all sorts of Chinese calligraphy brushes and souvenirs.

… moving along, I was heading to Shanghai Old City. This is an interesting place as it was literally packed with tourist but is rather touristy area but undeniably picturesque with old buildings that caught my eyes. 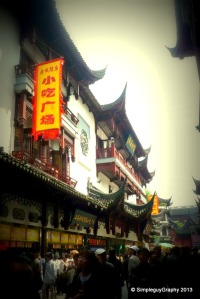 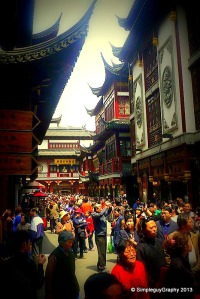 Connected to the Old City, is the Yuyuan Garden (Happy Garden) which was believed to be built in the Ming Dynasty, around 400 years ago.

A pond filled with Japanese Carp…

Yuyuan Garden which was just next to the Shanghai Old city.

This post is on my trip to Shanghai, China back in 2009. Follow me on this and enjoy the photos.

Landed in Shanghai Pudong International Airport early in the morning on a weekday and when I headed to the city.. I was met with a long jam. Guess that kinda normal in any big city and with a population of 23mil people.

First sight was the halves sphere as I approach the city….

mmm.. some kind of sculpture in the middle of the street. 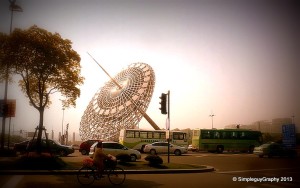 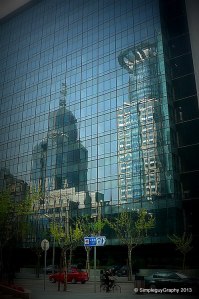 Low lying apartment at the outer part of Shanghai

A sight of the Shanghai city; Oriental Pearl Towel

Bear made of soft drink cans.

Stay tune for more of Shanghai….

This is my final post on Big Apple.. NYC. Near the end of my day trip and heading back to Grand Central Terminal to catch my train back to Croton.

More street shots along the way… 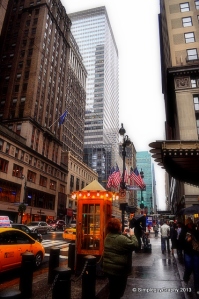 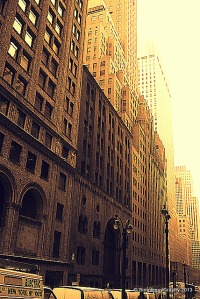 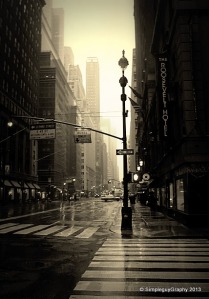 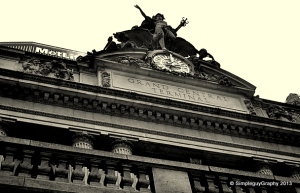 Still on Times Square. I could not help it to take pictures here as there so may places that caught my viewfinder. It was really colourful.

Is it a chicken man? 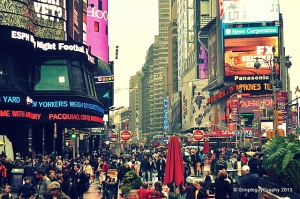 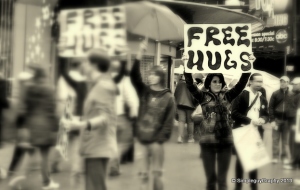 Another shot of an interesting building with neon lights. 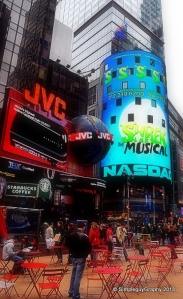 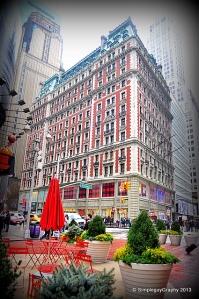 If you have been following my 8th post; USA – A day trip to the Big Apple.. New York City (8) (wow.. that’s a lot on NYC) and the earlier posts, now I am headed to the famous Times Square.

It is really full of neon lights even when it was still early in the evening. Lots of yellow cab and people too. Jamming up the place and making it so lively. 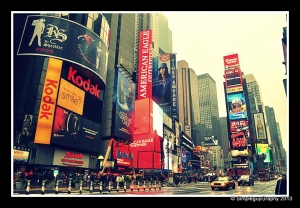 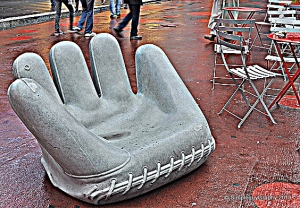 The crowd of people buzzing around here….. 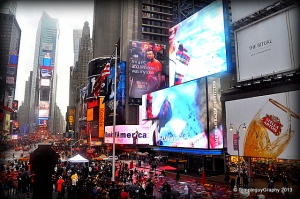