Hi there!!! Glad that you have followed me till this far. Hope that I did not ‘tire’ you out.

Anyway.. good news! Now it is time to catch some food to fill the empty stomach of ours. =)

First stop is stopping cooling after walking user the mid noon sun. Yup.. it’s the J-shape cone Korean ice cream; Jipangyi. This stall not only sell J-shape cones but also long spirals ones. Look at the whole load of stocks and size. Guess the girl in the picture ‘had’ the biggest of the biggest J-shape cone ice all for herself. HAHA!!! It’s even bigger and taller than her. Wonder how long it would take her to finish (or to even finish it) before the ice creams melts. =P

Dried noodle with bean sprout, shrimps and hard boiled egg. This is yummy.

Coffin Bread is a piece of remarkably thick toast that holds a seafood chowder pool with pork, mushrooms, peas, and carrots. It gets its name because it resembles a coffin.

Fried oyster  omelet which is made up of sweet potato starch, oysters, egg and vegetables; bean sprout

Walking along Anping old street. It was a weekend and there were lots of people and also lot of food, snacks and drinks to choose from.

Something cool after a long walk; Anping Tofu pudding with sago. It’s worth trying if you have not. 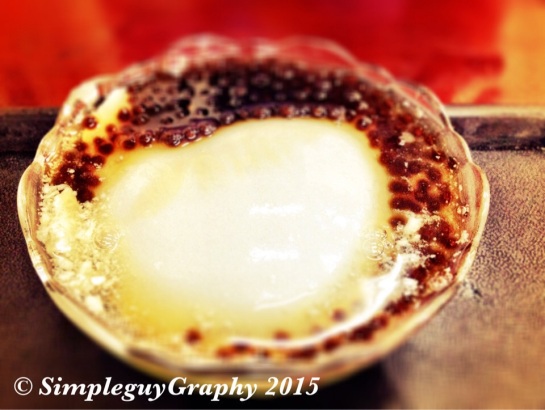 Guess we had ‘filled’ our stomach. Now it is time to move on. Where to next? Wanna know? Then follow me……