One of the places that is of history is the old theater; Shengping Theater. It was a prominent cultural landmark located on Qingbian Road built during the Japanese occupation. Both the theater and surrounding buildings feature 1930-40s architectural elements, and has more recently been used as the set for commercials and movies. They have some old Black and White movies shown at certain times too. I was there in time to catch one but I just stayed for a short while only as I wanted to feel the environment to be in a old cinema as oppose to what we have now.

This is the outlook of the old stall inside the theater which sells drinks and tidbits.

An old cinema projector on display. 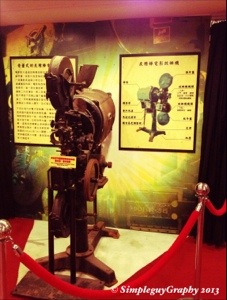 This is the inside of the theater with no cushion chairs but hard wooden chairs and no surround or stereo sound for sure. LOL!!

Heading out, I continue to explore the surrounding ….. more old buildings

And I saw this eroded metal sculpture on the side of the concrete stairs. It looks like a cartoon sculpture of a miners on a train. Guess this was to remind that this was an old gold mining village and part of the history that’s left.

Not far from here was the Fushan Temple. Fushan temple has a history of more than 200. Years dated back to Qing Dynasty and it was built to give offering to the Earth God. A matter of fact it is a temple within a temple and also considered one of the largest Earth God temples back then.

Beautiful stone structure and colourful too. 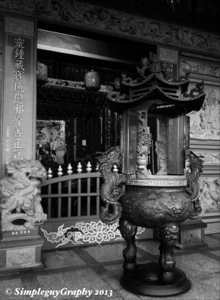 The altar inside the temple.

Walking back, I can’t help but to take this picture of these 3 adorable dogs at one of the stalls. 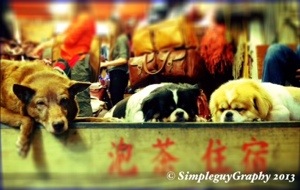 My train ticket back to Hsinchu from Ruifang after a long wonderful day.

…. waiting for my train 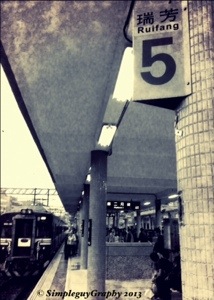 You can see bigger photos of this trip in my Flickr; Simple Guy

Want more? Catch me on my next posting. Yup.. It will still be a posting on my trip in Taiwan but where and what is the question. 😊

Thanks for following me here on my walk in Jiufen. Before I start my walk, a brief intro on Jiufen. Jiufen is located in a mountain area in the Ruifang District of New Taipei City near Keelung, Taiwan.

Jiufen literally means ‘9 portion’ (direct translation from chinese to english). History says that Jiufen was a small isolated village where it has 9 families house in the area during the Qing Dynasty and each time they was any shipment, the families would ask the shipments to be divided into 9 portions as accessibility to their village was hard. So that how it was that the town got its name. Ok back to the walk.

A view from close to the top of the hill. Gloomy weather with thick clouds flying above (when I was there, they were expecting typhoon hitting the northern part of Taiwan by noon but lucky me… there was a delay (haha) else…..)

Fushan Temple. More on this temple later on.

Heading up to the street to the historic (small) commercial district ….

Mmm. Which direction should I go?

At the entrance of the Jiufen Old Street. You can’t miss it. 😊 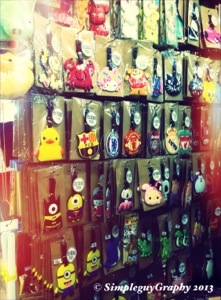 Hi!! I am back… 😊. Well today’s posting is my latest trip to Taiwan early this month. I got the chance to visit a few places where one of which was the Taiwan – Kaohsiung, the Giant Yellow Rubber Duck.

When I was in Taiwan on one of my weekend there, I also managed to visit Jiufen; a once old mining town up in the hills. More about Jiufen as my posting continues. Let start’s moving!!

I started my journey from Hsinchu City where I was staying during my trip in Taiwan. To get to Jiufen, it was either by bus or train and the journey would take about 2 to 2 1/2 hrs in total (if you take the high speed train to Taipei than a bus, the time will be around half of this) . For me, I decided to take the train then followed by a short bus trip.

From hotel, it was a short 10 mins walk to the railway station in Hsinchu. 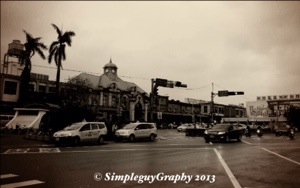 A fare of NTD163 to Ruifang from Hsinchu. 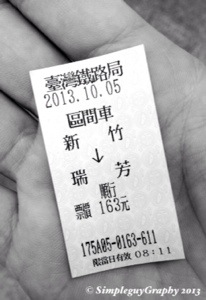 Shot from the Hsinchu platform.

Finally arrived in Jiufen. Weather was gloomy and humid. 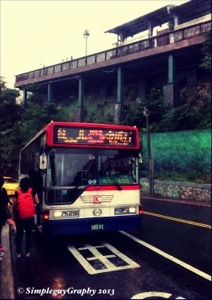 Join me on my next posting on my walk in Jiufen Old Street.

Hi there!!! It has been a while since I wrote on my blog as I have been busy and also was on the road.

My last recent trip was to Taiwan (yup again!) but this trip was much longer and I stayed over the weekend. This time I managed to visit 3 small outskirt towns away from Taipei where I had to take bus from where I was staying to Taipei then another 45 to 1 hr train ride to Ruifang to catch another train on the PingXi train line.

On the day I travelled, it was a wet and gloomy day. Had to wait under the rain with an umbrella to catch a bus. 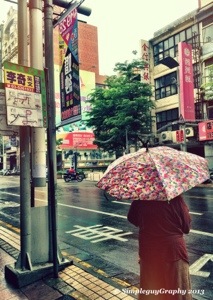 This is the Taipei Central Station where the HSR, local trains and MRT converged. Colourful lockers at the station. 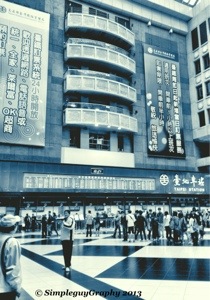 … and this is the colourful train on the PingXi line to my first stop.

Upon arrival in Huotong, I was greeted by cats and lots of cats around. In fact there is a street or place for the cats there and you could see the visitors mostly local visitors from Taiwan feeding them…. and yes the cats are all well fed!! Lol

Where shall I go?