Today we are heading back to Hanoi’s Old Quarters which is near Hoan Kiem lake. It has the original street layout and architecture of old Hanoi. The city consisted of only about 36 streets, most of which are now part of the old quarter. Each street had merchants and households specialized in a particular trade, such as silk traders, jewelry, etc.

Our first stop was St. Joseph’s Cathedral; a church on Nha Tho Street in the Hoan Kiem District of Hanoi, Vietnam. The cathedral of the Roman Catholic Archdiocese of Hanoi to nearly 4 million Catholics in the country.

Exterior of the cathedral

Interior with the view of the alter. 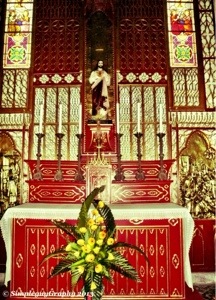 From the church we took the trishaw to get around the old quarters. Socialist statue by Ho Kiem Lake.

The locals on their motorbikes and lots of trishaws too. 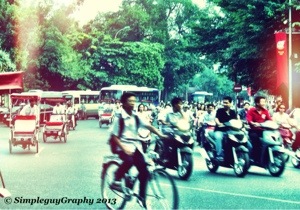 It is always nice to slowly walk along the road or little small alleys in the old quarters as you can really see the life of the Vietnamese people there.

Vietnamese dolls ….. So many types and so colourful as souvenirs.

A common sight of stalls selling specialize in just one thing. 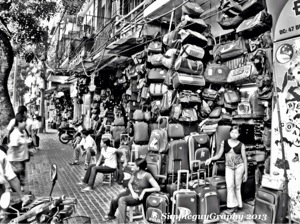 Welcome back to Hanoi. We were heading back to the city for our lunch.

Another typical life style of the people in Hanoi having a meal on the side of the road on stools. A very common sight.

A Vietnamese lady playing the Vietnamese bamboo musical instrument in the restaurant that we had lunch. 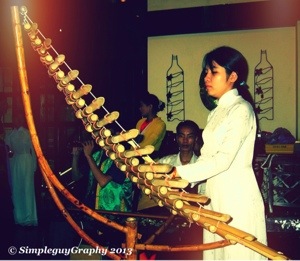 After lunch, we headed to the West Lake (Hồ Tây) which is a freshwater lake in the center of Hanoi, Vietnam. This is the largest lake in the capital and a popular place for recreation with many surrounding gardens, hotels and villas.

Before stopping at the lake, we visited one of Vietnam’s ancient Four Sacred Temples built during the reign of King Ly Thai To from 1010 to 1028. The temple features detailed wood carvings of sacred animals, trees and flowers in its structure. It was said that visitors who visited were encouraged to pray for health, luck and happiness during their visit to Quan Thanh Temple. 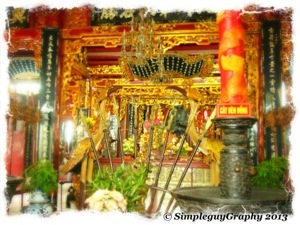 You could hire boats to go around the lake or have lunch on a floating restaurant. 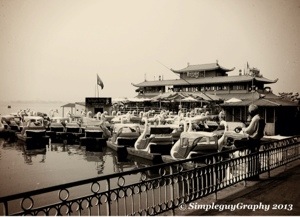 The entrance to the small island where the oldest pagoda is found. 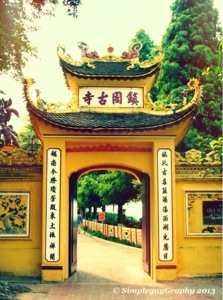 Trấn Quốc Pagoda in Hanoi is the oldest pagoda in the city, originally constructed in the sixth century during the reign of Emperor Ly Nam De. It was believed that the age of this pagoda is around 1,400 years old.

One of the building in the temple ground. 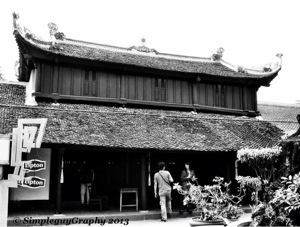 After that, we headed to see the famous water puppet show in Hanoi near the Hoan Kiem Lake. Very interesting performance to watch. 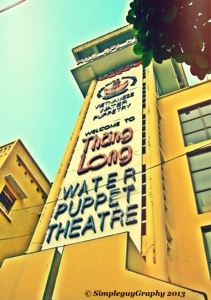 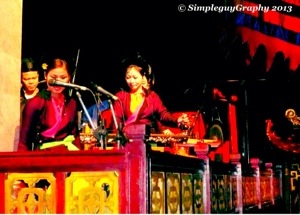 The people behind the scene who are controlled and played the puppets in the water. 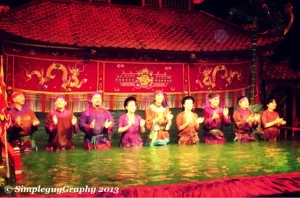