Still inside the Beijing’s Forbidden City, let’s continued our journey.

Walking along the alley where the wall divides the Palace of Heavenly Purity and the Hall of the Mental Cultivation.

This is the Hall of the Mental Cultivation

Giant bronze cauldrons seen in a row. During then, it was filled with water; like the modern hydrant to deal with any fire risk.

This is the Hall of Surpreme Harmony which is the largest hall in the Forbidden City. 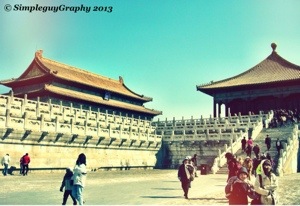 Exiting myself at the Meridian Gate. At the exit, you can see the picture of Mao Zedong and a bridge which leads you to the Tiananmen Square – Gate of Heavenly Palace 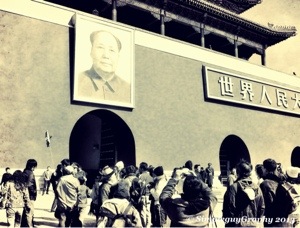 This is the Great Hall of the People. It is located at the western edge of Tiananmen Square, Beijing, People’s Republic of China (PRC). It is used for legislative and ceremonial activities by the PRC and the Communist Party of China. It functions as the meeting place of the National People’s Congress, the Chinese parliament. 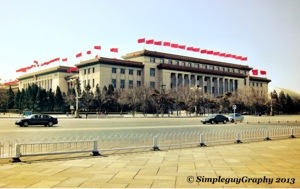 Me in the middle of Tiananmen Square overlooking the entrance of the Meridian Gate.

This is the Monument to the People’s Heroes. It was erected as a national monument of the People’s Republic of China to the martyrs of revolutionary struggle during the 19th and 20th centuries.

Want to know more on my journey here in Beijing? If yes, then follow me on my next post.