I didn’t realize I had a draft blog on Xmas sitting in my post until I checked it out today. Anyway it is still within 12 days of Xmas. LOL!!!

It was a holiday that day and I dropped into another mall after doing some errants. It was unusual to see the street vendor in this mall on a weekday but it Xmas and everyone is on holiday and doing last minute shopping.

The stall setup with colour canopies. 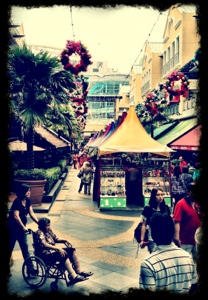 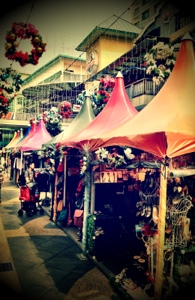 This Xmas deco here is more to flower and colourful mushrooms. 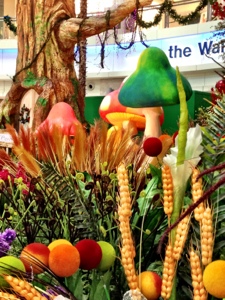 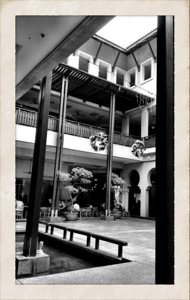 Anyway.. Wishing everyone a Merry Xmas and A Happy New Year!!

Longshan Temple is located in Wanhua District and is Taipei’s the oldest temple. Built in 1738 by the settlers from Fujian, China. It serves as a place for worship and gathering place for the early settlers. It was destroyed by earthquake and also fire and was also part of the temple was destroyed during the Second World War. It was rebuilt again by the Taipei resident after the war.

I was able to get there (again reachable by MRT) and it is only a stone away from the MRT station. 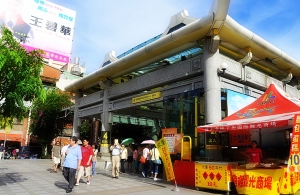 This is the MRT station which I got off. 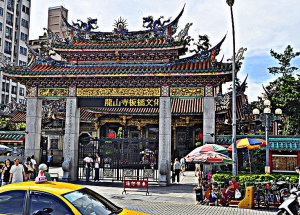 I was lucky as on that, as they were having some offering to the God as you can see the food on the table. 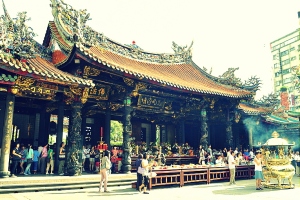 An old lady clearing the candles….. 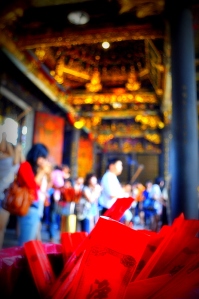 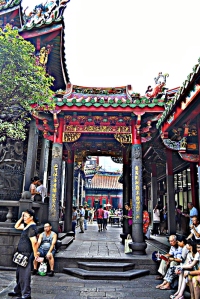 Side of the temple. 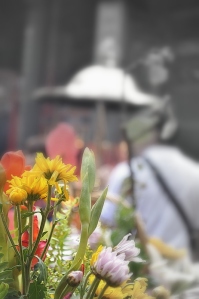 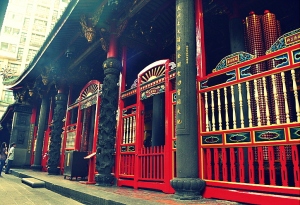 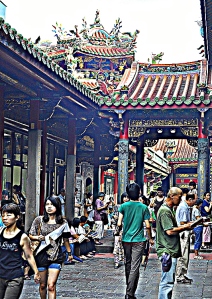 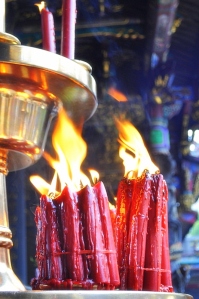 Next stop will be the Night market (haha..again); Huaxi Night Market which is a walk away. =)